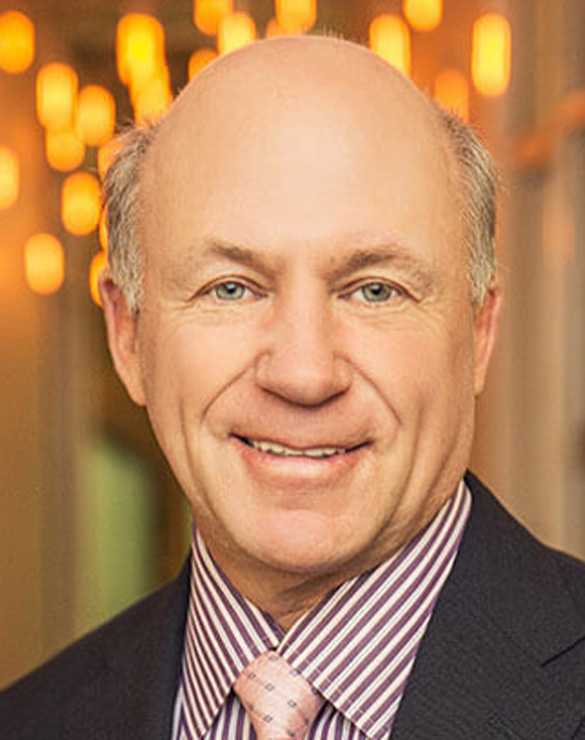 As CEO of one of the nation's largest family owned businesses, Chick-Fil-A's Dan Cathy represents the next generation of leadership for the Atlanta-based fast-food chicken restaurant chain founded by his father, S. Truest Cathy. Eager to incorporate his own skills and talents into the business, Dan has taken an unconventional, yet personally and professionally rewarding approach to Chick-fil-A leadership.

Cathy has been defining his role in "customer service" for more than 40 years — even before officially joining Chick-fil-A, Inc. in 1970. As the eldest son of one of the most influential restaurateurs of the last century, Dan has dedicated much of his life to building upon his father S. Truett Cathy’s pioneering vision to care for people by providing food and customer service that exceeds expectations. Spending little time in the office, Cathy is the driving force behind growing the company into a nationally recognized brand and the largest chicken chain (based on annual domestic sales) in the country. Holding purposeful conversations, ideation sessions, and regularly camping out with guests at Chick-fil-A restaurant grand openings all throughout the country, his leadership style stems from a personal belief that working in the field creates a two-fold return: gaining a clearer understanding of his customers’ needs and creating an authentic example of service to more than 100,000 staff and team members.

Remaining more focused on relationships than transactions, Cathy spends each day seeking out opportunities to uphold the company’s efforts to provide genuine, heartfelt hospitality, and ensure that guests have a remarkable dining experience. While a lot has changed in its nearly 70-year history, one principle remains paramount: to work hard and be the best, because, as Cathy puts it, "Chick-fil-A is about people."

Several years ago, Cathy played an integral role in opening Hatch, an innovation and design center located inside Chick-fil-A’s Atlanta corporate headquarters, recently renamed the Support Center. Hatch is an 80,000-square-foot warehouse facility with space designed for exploring new store layouts, service innovations, and kitchen operations. "Hatch is a place to open people’s minds to new and exciting things as they help build the Chick-fil-A of the future," he says. "This is a place to dream and really put form around what could be." A second facility, a 30,000-square-foot space called The Kitchen, was also recently opened for culinary development.

Under Dan’s leadership, Chick-fil-A has experienced tremendous growth — not just in numbers of restaurants and sales, but also geographically. With recent restaurants going up in cities like Los Angeles and downtown Chicago, Chick-fil-A opened its first restaurant in the Big Apple in 2015, where the Manhattan location enjoys nearly constant out-the-door lines.